On The Grounds Of Modesty 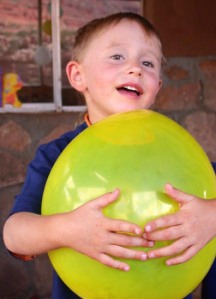 Today I have a question for you. It’s about the center of the body. People often say the center of body is near the navel. But when I think about the navel as my center I tend to bend at the waist and this doesn’t feel right. When I relocate the center of my body nearer to my hip joints, this seems to work. But actually, I ‘m not sure. What do you think?

Different ideas work for different people. You have to play with it, as you are doing. I have thought about this one for about 40 years. Here are just three possibilities.

In Aikido there is the idea of one point. You meditate on your one point getting smaller and smaller as you are becoming larger and larger. But it is not at the navel. To find your one point, walk the tips of your fingers straight down below the navel until you come to a place that is very firm, just above the beginning of the pubic synthesis. Then press in slightly but firmly, on about a 70% angle, scooping upward toward the back, just where the lumbar spine begins to curve into the thoracic spine. This is easier to show on a skeleton. You just have to poke around until you find what works for you. If I direct through that point just so, then I sense my body becoming strongly organized. But be careful not to start sucking in your abdominal muscles. One point is deeper in than that, behind the stomach muscles. If you tap into this you will find that your body has a tendency to organize itself over the hip joints, which will likely create a sensation of being ever so slightly inclined forward. But it is not a bend from the waist. It’s being poised over your hip joints in such a way that they feel oiled, so you are ready to move in any direction. When the body is in a condition of readiness, like an Olympic diver preparing for a dive, you won’t see a person who is standing at an exact 90% angle in relation to the floor. Their whole body will incline slightly forward from the ankle and a tiny bit from the hip joint.  When you are sitting, and you tap into one point, it will orient you slightly toward the front of your sits bones.

Now if we travel from Japan into China, the Hara becomes the T’antien, which most often is translated as belly. So rather than being a point it becomes a whole area, a large container. In English the word belly usually implies bigness, fullness, relaxation and sometimes humor. My tai chi teacher used to talk about the belly as a large basin, a very big bowl, like  people, in the old days, would use to wash up before there were sinks and running water. My teacher would ask us to move as if that basin were completely full of water. She wanted us to sense the weight of the water, while at the same time, moving so that we didn’t tip the bowl causing the water to spill out of the bowl to the front or to the back or to the sides. This is particularly important when doing tai chi, as it is critical to cultivate a strong sense of horizontality while moving.

For some people this larger sense of center works better.

Now we get to my favorite version.

Stephen Hawking, the great astrophysicist, has the same idea, but here he is contemplating our macro-cosmos.

“Now at first sight, all this evidence that the universe looks the same whichever direction we look in might seem to suggest there is something special about our place in the universe.  In particular, it might seem that if we observe all other galaxies to be moving away from us, then we must be at the center of the universe.  There is, however, an alternate explanation: the universe might look the same in every direction as seen from any other galaxy too.  We have no scientific evidence for, or against, this assumption.  We believe it on the grounds of modesty:  it would be most remarkable if the universe looked the same in every direction around us, but not around other points in the universe!  The situation is rather like a balloon with a number of spots painted on it being steadily blown up.  As the balloon expands, the distance between any two spots increases, but there is no spot that can be said to be the center of the expansion.”

As usual, great question. I hope this gives you a few possibilities with which to play. If you discover something let me know.